How do neighborhoods shape infants’ understanding of the social world? 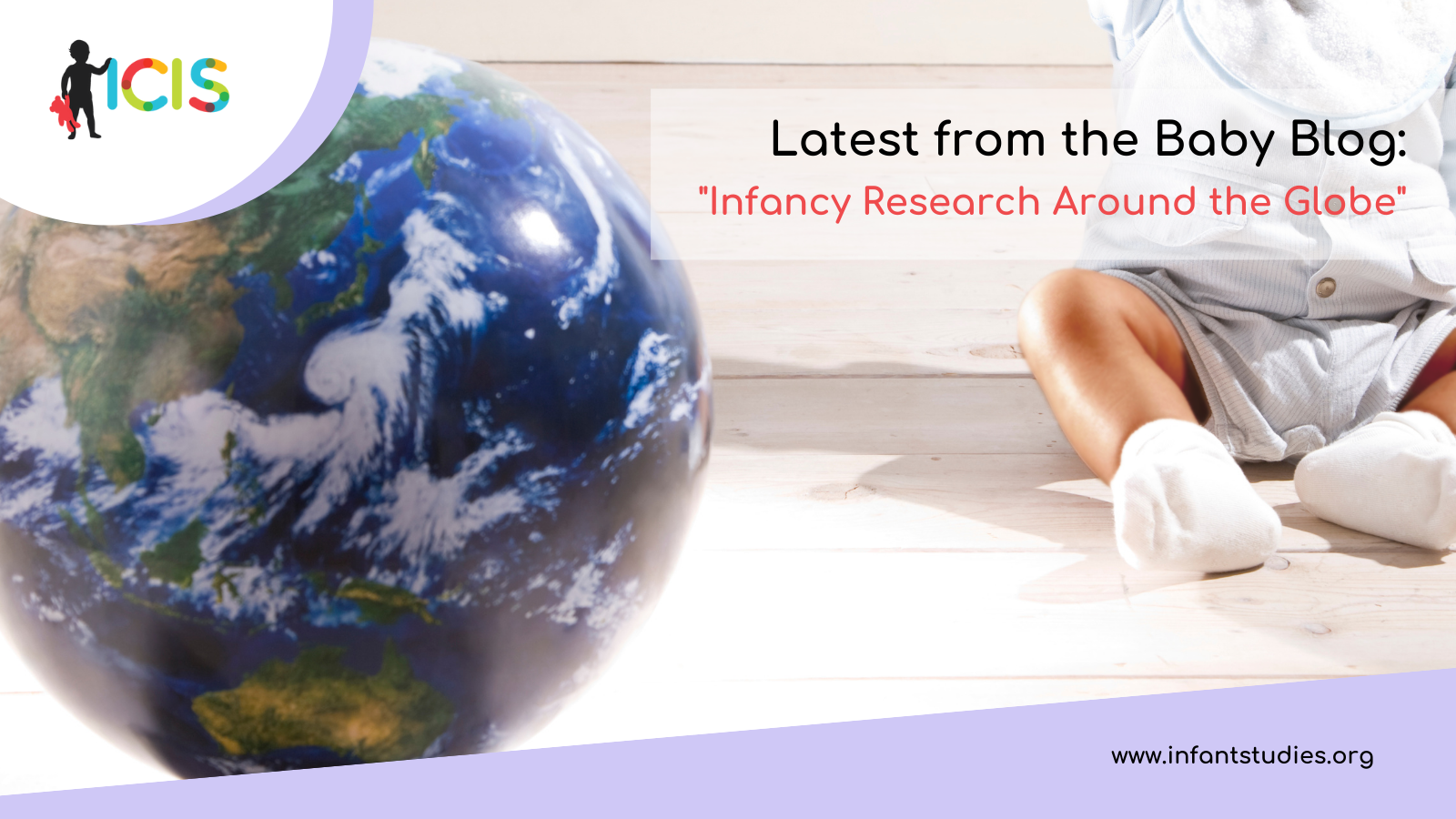 We, as developmental psychologists, know neighborhoods are important in shaping child development. Bronfenbrenner’s (1989) ecological model includes neighborhoods as a vital part of the environment or ecological systems that influence a child’s development. Significant progress has been made in understanding how neighborhood environmental factors (such as poverty, unemployment, violent crime, food deserts, etc.) relate to infants’ physical health and children’s academic success (Brooks-Gunn et al., 1993; Chetty et al., 2016; Cubbin et al., 2008; Ellwood-Lowe, 2021; Leventhal & Brooks-Gunn, 2000; Leventhal & Dupéré, 2019). Yet, less attention has been focused on how neighborhood factors influence infants’ socio-cognitive development. That is, what roles do neighborhoods play in how infants learn to interact with others? How do neighborhood environments relate to infants’ emerging understandings about social groups, especially race and language groups?

From several studies, we know that the people infants see around their community can shape infants’ face perception (Anzures et al., 2013; Quinn et al., 2018, 2019). For instance, 3-month-old infants from African immigrant families in Israel spent equal time looking at African and White faces whereas same-age infants who had only lived in Africa looked longer at African faces and Israeli infants who had always lived in Israel looked longer at White faces (Bar-Haim et al., 2006). Recent research from our laboratory suggests that living in more diverse neighborhoods may not only shape how infants process faces but also how infants process and learn about people’s actions – especially people from linguistic and racial backgrounds different from them.

In one study (Howard et al., 2014), we found that 19-month-old infants from English-speaking monolingual households were more likely to imitate actions of a foreign-language speaker (in this case, a Spanish speaker) if they lived in more linguistically diverse neighborhoods – that is, in zip codes with more non-English speaking population according to United States census – compared to infants who lived in less linguistically diverse neighborhoods. This pattern held even when controlling for other neighborhood level factors, such as median income and population density. Further, it was not only the Spanish speaking population in these zip codes but the overall non-English speaking population that predicted whether infants were more likely to imitate the foreign Spanish speaker, suggesting that exposure to people who speak a language different from the infant, rather than specific exposure to Spanish speaking people, is what predicts infants’ openness to learn from a foreign language speaker. These findings suggest that even if infants have limited exposure to other language speakers at home, living in a more linguistically diverse neighborhood can influence their openness to foreign speakers.

In another study (Hwang et al., 2021), we investigated whether living in a racially diverse neighborhood could influence how infants perceive and process people’s actions based on race. To do so, we tapped into an existing dataset that collected infants’ neural responses to observing people make goal-directed actions. This dataset used electroencephalography (EEG), which passively measures infants’ brain activities through electrical signals from the scalp, and consisted of 7- to 12-month-old infants who varied in racial backgrounds and were from a range of neighborhoods across Chicago, Illinois and College Park, Maryland. For some of the participants, the people that the infants observed happened to be the same race as them and their parents (i.e., ingroup), whereas other infants saw people that were from different racial backgrounds from them and their parents (i.e., outgroup). We found that 7- to 12-month-old White infants from more racially diverse neighborhoods exhibited greater frontal theta oscillation (an index of top-down attention and information encoding) and more mu rhythm desynchronization (an index of motor system activation and potentially neural mirroring) when viewing a racial outgroup person grasp an object than White infants from less racially diverse neighborhoods. These results suggest that the racial diversity in infants’ neighborhoods in the first year of life could have an impact on how White infants are starting to perceive people based on race. This study extends findings that by early childhood, neighborhood racial contexts are related to children’s early emerging conceptions of race and essentialization of race (Mandalaywala et al., 2019; Pauker et al., 2010, 2016) and suggest neighborhoods may start shaping these conceptions starting in the first year of life.

An important point to note is that unlike in White infants, we did not see any evidence of neighborhood racial demographic effects on racial minority (i.e., not identified as monoracial White) infants’ neural responses to racial outgroup individuals. This null result could be because we had a limited sample size of racial minority infants (with not enough representative samples from specific racial groups). Nonetheless, this finding raises an intriguing possibility that neighborhood racial diversity might matter more for White infants than racial minority infants in shaping their social group understanding. Perhaps racial minority infants are more likely to encounter people from different racial backgrounds in their daily lives regardless of neighborhood racial demographics compared to monoracial White infants. Such possibilities underscore the importance of research on infants from racially minoritized backgrounds. Only with more research with diverse populations will we be able to fully answer how neighborhoods impact infants’ social group reasoning.

These studies present intriguing first-look findings that infants’ neighborhoods may not only shape their physical health but also their emerging understanding of the social world. Of course, it is important to acknowledge that infants in these studies were not randomized into different neighborhoods so establishing a causal link is difficult. Even so, we know that infants cannot choose their own neighborhoods; thus, it seems likely that neighborhood level exposure to linguistic and racial outgroup populations are driving these effects. However, what does neighborhood demographics at the zip code level capture? It may represent the mere exposure infants have to different race individuals in public spaces, like the park or on the bus. It may or may not correspond to the frequency of more interactive experiences infants have with different race individuals, such as sharing meals or playing together. To disentangle why neighborhood demographics relate to infants’ openness to outgroup people, our group has been exploring infants’ social networks – the people that infants regularly interact with on a daily and weekly basis (Burke et al., under review). Whether diversity in infants’ daily interactions have differing impacts or interactive effects with diversity at the neighborhood level is an open research question we are currently exploring.

Future research on the impact of neighborhoods is moving beyond quantifying demographics and populations to incorporate how social structures within neighborhoods relate to infant development. For instance, sociologists, economists, epidemiologists, and many others have found cohesiveness of social networks, trust among neighbors, and reciprocal exchanges among residents predict morbidity and mortality (Promise Neighborhoods Research Consortium et al., 2011; Sampson et al., 1997, 1999) suggesting that the social structures within neighborhoods may have profound effects on infants’ socio-cognitive development as well. For instance, infants who live in higher trust neighborhoods may form different expectations about how strangers will act, how and what kinds of people will affiliate, and who can be trusted compared to infants who live in lower trust neighborhoods. Perhaps neighborhood environments could also have influences on infants’ emerging moral development, personality, and more.

It is clear that infants’ proximal environments – the parents and family groups that infants have direct interactions with – have important influences on infants’ early social cognitive development. But comparatively, we know less about the influence of more distal environmental factors – like neighborhood contexts – on infant development. We hope our work begins to open doors and pique interest in developmental psychologists to examine the neighborhoods as a major source of context that contributes to infants’ lived experiences and healthy development.

Hyesung Grace Hwang is currently a postdoctoral fellow at University of Chicago. She will be starting as an Assistant Professor in Psychology at University of California Santa Cruz in Fall 2022. She studies how social biases develop starting in infancy and early childhood. She is especailly interested in how early social environment shapes social biases and tracing developmental trajectories of marginalized and minoritized populations.
← Prev: ICIS and Undergraduates Next: Using an eye-tracker to study attention, perception, learning, and memory in infancy: Be careful what you wish for! →