Pressing record can go a long way: Reflections from the ICIS President

Babies: Is there anything more precious or fascinating? Whether a kitten, bear cub, dolphin calf, or human baby, we are drawn to infants’ prominent features, blundering movements, and dependency on adults for nurturing. For infancy researchers, the fascination with babies runs deep. Babies inspire the questions that fill our days and the methods we innovate to figure out what infants can and can’t do.  Even if they throw our toys on the floor, pull off their EEG caps, and refuse to watch our screens—rather than comply with our carefully-crafted studies—we manage to laugh and don’t really mind (that much). Indeed, “infancy researchers have the best job in the world. Every day, we get to study infant behavior.” (Note: I admittedly stole this quote from my closest colleague Karen Adolph’s 2016 Presidential Address). And yes, I love my job—I’ve spent decades studying infant behavior, and now I have the honor of being the president of ICIS.

So, when invited to write a Baby Blog for the ICIS new series, I did not take the invitation lightly. What should I write? What form should the blog take? After some reflection, I decided to tell a snippet of my story and offer a few insights to scholars who will lead our field into the future.

Back in the day…

My life as an infancy researcher began in the lab of my mentor, Marc Bornstein, where I embarked on my PhD in 1983. I spent hours at the library reading articles from journals in black binders on crammed shelves. (I cursed when someone had torn out the article I needed to read). We had no laptops back then, so I jotted down cryptic notes on legal pads to type up when I got back to the lab. When we ran looking-time studies, infants watched box-like TV monitors that were as deep as they were wide. Running my first infant in a visual habituation study was a humbling experience. The baby so clearly rebounded attention to the novel stimulus that the textbook readings came alive for me. Excited to share the “perfect” data (from an N of 1) with my esteemed mentor, I rewound the video only to realize that I had forgotten to press the record button. I was panicked as I walked to Marc’s office, head hung low, to confess my error. I worried that I’d be outed as an impostor and barred from the program. Marc calmly assured me there would be other infants (there have been thousands) and that mistakes happen (every week, I learned).

A critical part of my training was the opportunity to engage simultaneously in lab and naturalistic studies. In addition to my habituation studies, I wanted to understand infant learning in everyday contexts. I began studying infant-caregiver natural interactions in the home. I lugged a camcorder the size of a small end table and kept piles of VHS tapes on shelves for later viewing. While watching infant-mother interactions, I thought, “How fascinating! Moms’ language inputs seem to follow infant behaviors within a few seconds.” I began to wonder if such contingent behaviors might support infant word learning. And so began my studies on “contingent responsiveness,” documenting associations between timely caregiver language and infant word learning. Likewise, while watching infants play with objects, I wondered whether infant play reflected the kind of representational abilities that Piaget wrote about. And so, I began tracking associations between language and play. Thirty-seven years later, I am still fascinated by contingent responsiveness and relations between language and play—my lab at NYU is called the Play and Language Lab (https://wp.nyu.edu/catherinetamislemonda/).

An exciting aspect of my doctoral training was my involvement in cross-cultural research. Marc invited me to meetings with visitors from countries around the world where we discussed how to extend our work globally. I videorecorded myself on VHS tapes explaining how to conduct naturalistic home-observation studies. We shipped the tapes and equipment to colleagues in other countries who replicated the procedures to shed light on infants’ unique cultural experiences.

The lessons I learned decades ago continue to guide my thinking today. Let me share a few.

Embrace discovery science. From the day I stepped into the world of infancy research, I was hooked. I knew I loved the population and the questions. But, I also came to embrace a way of doing science—”discovery science”—the kind of bottom-up approach to new ideas that is possible only by remaining agnostic about what might be found. An openness to discovery and willingness to forego specific hypotheses leads to unanticipated paths. I never set out, for example, to study contingent responsiveness, infant language learning at home, infant spontaneous play, or infant experiences around the globe. I did not have a stack of apriori hypothesis cards in my back pocket to pull out and formally register on the open science framework (even if the OSF had existed back then). Although our field should always test hypotheses, it is also worthwhile to pause to simply watch a baby. Indeed, informal observations by pioneers in our field spark new theories, methods, and understandings of infant development—Bowlby’s attention to the apathy of abandoned infants led to attachment theory, Piaget’s observations of his infants’ sensorimotor actions spurred constructivist theory, DeLoache’s observations of infants’ scale errors, McGraw’s and Gesell’s observations of infant movements, the list goes on.

Observe infants where they actually learn and develop. The rigor of lab-based studies is unparalleled. Infancy researchers can stake claim to the cleverest manipulations in science. However, we have much to learn about infant behaviors by watching their everyday activities—what infants see and hear, what they touch and where they go, the people and animals who interact with them, and so on. Such research requires getting outside the lab, far outside the lab to observe babies around the globe. Indeed, current initiatives in our field promise to pave the way to fresh understandings. Two examples include the Play and Learning Across a Year (PLAY) project (https://www.play-project.org/)—which will yield fully transcribed and coded videos of 1000+ infants for an hour in their homes across 30 communities in the United States, and research out of the LangVIEW project, (https://lscp.dec.ens.fr/en/research/teams-lscp/language-acquisition-across-cultures), which will document cultural variations in communication in cultures around the globe.

Share everything! The history of infancy research is grounded in the seminal studies of giants in our field. However, the “raw data” that forms this knowledge base are forever lost to the scientific community. That is, just about everything we know about babies comes from studies launched long before the open science movement. Consider cultural studies. Missing are data from the “Six Cultures” of anthropologists Beatrice and John Whiting; original documentation of cultural patterns of communication by Bambi Schieffelin and Elinor Ochs; observations that sparked the developmental niche theory of Charles Super and Sara Harkness and Robert Levine’s notes on “Lessons from Africa”; and more recently, Marc Bornstein’s video recordings of universal and culture-specific patterns of mother-infant interactions in countries around the globe. Today, however, researchers have the know-how, tools, and infrastructure to share methods, materials, and raw and processed data with scientists everywhere. Most centrally, video recordings of infants can be shared with registered users on Databrary (databrary.org), and through shared links in publications. What better way to give back science than by archiving our work in accessible ways? Only then can the field of infancy move beyond the siloed expertise of individual labs.

Returning to the day I forgot to hit record, leaves me with a final word of wisdom. Whether a PhD student, postdoctoral fellow, or faculty member, each of us brings exciting ideas to the table. Some are great, some so-so, and some go nowhere. It’s okay to blunder along the way. But ultimately the observations that we do remember to record offer us an unsurpassed window into infant learning and development—especially when we openly share our recordings.

Catherine S. Tamis-LeMonda is Professor of Developmental Psychology, in the Department of Applied Psychology at New York University, and is the current President of the International Conference of Infant Studies.  Catherine Tamis-LeMonda’s research focuses on infant and child language, communication, object play, literacy, and motor skill, and the roles of language input, home experiences, parenting, and culture in infant learning and development across domains.

← Prev: Frances Horowitz, a pioneer in infant studies research passes away Next: Developmental Science is a Team Sport: How Collaboration Solves Complex Problems →

In Memoriam: Lauren B. Adamson

It is my sad duty to report that our beloved colleague, Lauren Bernstein Adamson, died December 31, 2021.  Lauren was a life-long member of the International Congress for Infant Studies, having attended its inaugural meeting in Providence, Rhode Island, in 1978.  A... 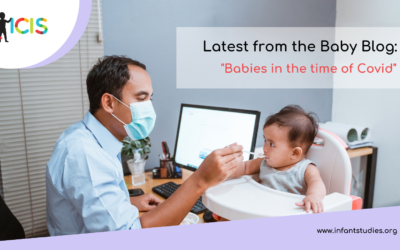 Birth and the postpartum experiences during COVID-19: What moms and maternity services professionals discuss as the important lessons

by Nancy Aaron Jones, Jillian Hardin, and Joy Longo    Parturition as well as the days and weeks that follow are transitional experiences for families. The interactive “dance” between mothers and infants as well as shared encounters with other family members sets...

Into the Wild: Why Study the Everyday Lives of Infants?

by Audun Dahl   When I started graduate school, I knew little about the everyday life of infants. I had only the vaguest ideas about the daily joys and woes of a 12-month-old—even one who lived a block from our infant research lab in Berkeley, CA. The laboratory...